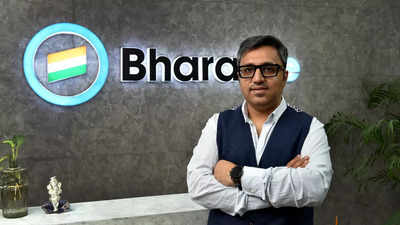 New Delhi: Ashneer Grover, co-founder and managing director of BharatPe, has resigned from the company on a mail.

In an email sent to the company’s board Tuesday midnight, Grover wrote, “I hereby resign as the managing director of BharatPe, effective immediately. I also resign as a director of the Board. I will continue as the single largest individual shareholder of the company.”

Ashneer Grover resigned as Managing Director and Board Director of BharatPe minutes after receiving the agenda for upcoming Board meeting that included submission of the PWC report regarding his conduct and considering actions based on it. The Board reserves the right to take action based on the report’s findings. – BharatPe spokesperson.

In his letter, Grover wrote, “I write this with a heavy heart as today I am being forced to bid adieu to a company of which I am a founder.” He said that since the beginning of this year, unfortunately, he has been embroiled in “baseless and targeted attacks on him and his family by a few individuals.”